Traditional valuation methodologies are limited in valuing early-stage blockchain networks for the purposes of investment and deals activity. Valuation methods are used to attribute “value” to assets, technologies, intellectual property, brands, user bases, and resulting network effects, and any other tangible or intangible that can be monetized or leveraged to generate positive economic impact. Through Intuit Factory’s engagements, our team has found that unlike traditional companies, blockchain network-based companies have unique characteristics that require new valuation approaches.

When evaluating investment and deals opportunities for blockchain network-based companies, in addition to standard evaluation dimensions such as strategic rationale and projected synergies, there are unique and continuously evolving characteristics that should be considered. Technologies deployed, legal structures, value systems, and business models are some of the underlying characteristics that differentiate one company from another.

Within the emerging blockchain universe, several types of companies have shown traction with major categories being:

For a detailed discussion on categories of companies, refer to our previous work Blockchain Diagnostic Business Model.

The unique characteristics described below apply to all blockchain companies, to varying degrees, however particular emphasis should be placed on decisions regarding blockchain-based protocols and platforms. 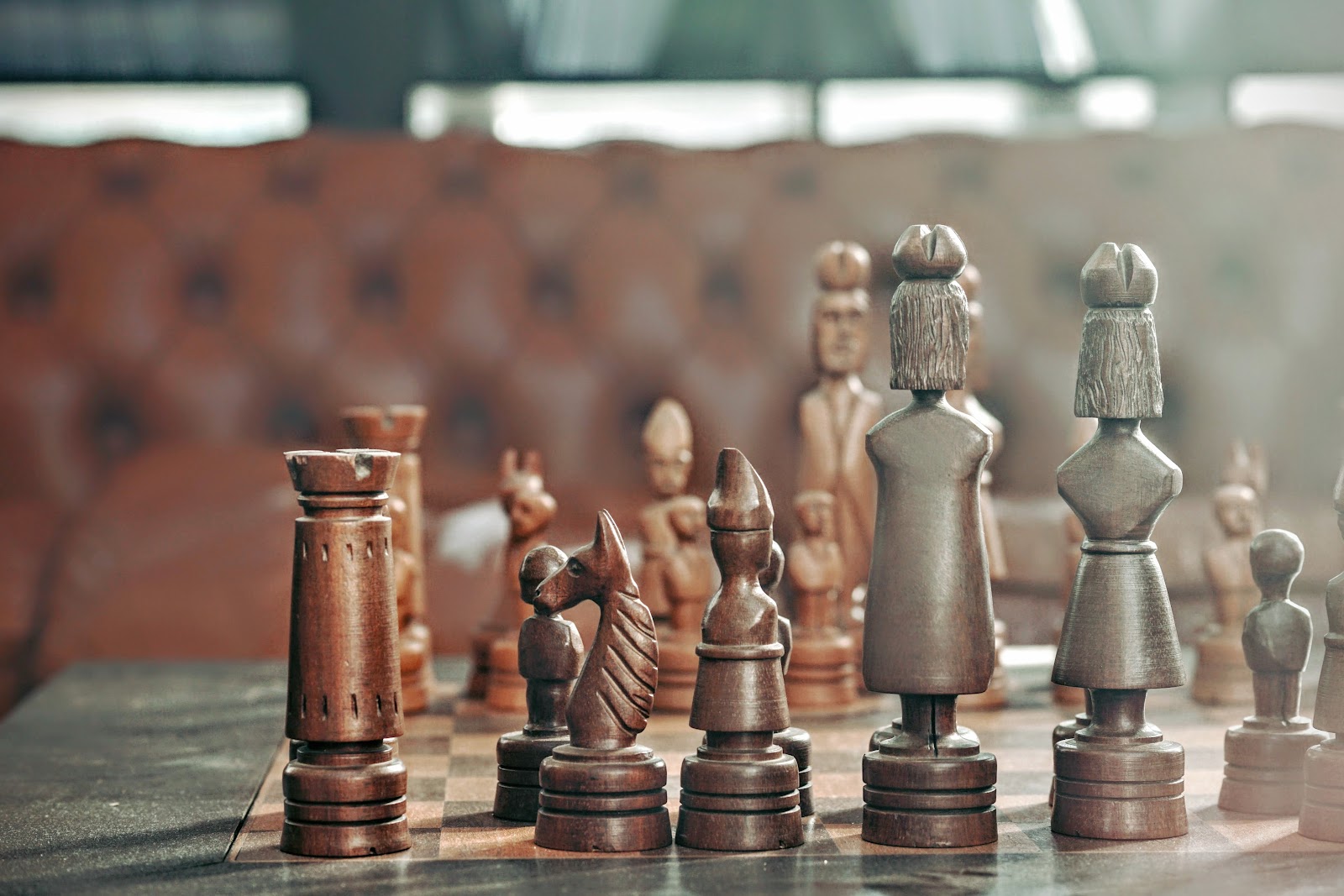 Technology robustness and security for protocols and algorithms vary in performance depending on throughput/speed, scalability, fault tolerance, memory efficiency, attack resistance in light of the use cases.

Blockchain networks are decentralized, to a certain degree, across many nodes facilitating the network. Depending on the governance mechanisms in place, nodes may operate on a consensus model where approval from a plurality or majority of nodes is required to make changes to the network or its protocol. Additionally, the protocol and/or algorithms may be company-owned, community-owned, foundation owned, or purely open-source determining a particular party’s ability to change it. As such, network control, as well as ownership of protocol(s), is dependent on the particular model implemented.

In the event that a corporate entity or structure is in place, clarity needs to be established around entity ownership (i.e what the entity actually owns). A corporate entity whose team originates and develops a network may not own the technology enabling the network if it was, for example, created on an open-source platform using a creative commons license. Such a team may also design, incubate, and implement a protocol to then release it as open-source software driving network growth. Furthermore, if an open-source model for development is chosen, the corporate entity may or may not own the underlying technology at any stage of development, depending on the legal structures established. In case the network’s chosen governance mechanism requires the approval of tokenholders to modify the protocol or any features, any corporate entity will be unable to unilaterally implement changes to the network.

To state the obvious, a public blockchain network consists of individual nodes that are distributed across the network and as nodes cannot be owned, the network cannot be owned as it was designed with that purpose. This is different in the case of corporate or private networks. Entity ownership will determine the nature of control that can be exerted in terms of new features, protocol updates, and security.

It’s worth noting that blockchain network-based companies are not the only or even the first tranche of companies to employ a decentralized model. Decentralization across the network dimension has been around since the early days of computer networks, with its popularity hitting a peak with peer-to-peer file-sharing networks. Decentralization across operational dimensions gave rise to the peer-to-peer app-based services model.  Uber’s entire labor supply, for example, consists of a decentralized labor force that shuttles passengers from one location to the next. While Uber owns and operates the infrastructure that enables its customer-driven supply and demand network, the labor force is independent participants. Open-source companies rely on contributions from their community of users to further develop and improve the product offering. In the case of open-source, decentralized product development drives user, developer, and engagement and adoption.

Certain blockchain networks have automated consensus-based mechanisms that generate fees to sustain the network and pay out ecosystem participants for producing blocks and developing the network. Fees are often set at a nominal rate to cover the costs of operating the network, and, in some networks, are used to fund the development of the network itself. Fees typically are not set to maximize revenue or EBITDA; but rather to facilitate the creation of an efficient, decentralized, and self-sustaining mechanism, that provides a service fulfilling a market need.

These unique characteristics should not be viewed as limitations or risk, but rather as differentiators that enhance the value proposition of blockchain networks-based companies and therefore appreciate its value.

With this in mind, there is a need to create new accepted valuation models for blockchain network-based companies. Below are two valuation approaches for such companies with the best applicability for protocol and platform blockchain companies.

Blockchain networks will often charge a small fee for each transaction executed, confirmed, and published. These fees are typically charged to cover the operating fees of the network. In some networks, fees are also leveraged to cover the costs of paying block producers (in the case that mining is not the primary rewards mechanism) or incentivize network developers to complete projects that build the ecosystem. Each network comes with its own governance mechanism.

The fees generated can be considered as revenue and can be used to determine the value of the network. Investors can take a macro view into historical fees generated, project the future growth in fee generation, and assign a revenue multiple in-line with the benchmark multiple for the given industry in which the blockchain network primarily operates or for which industry it provides the most compelling value proposition. 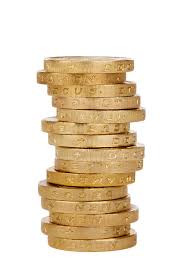 There are many different types of activities that take place on a blockchain network and they incur different fee rates. Because blockchain networks operate on a community-based governance model, prospective investors or acquirers can view the type of activities that are experiencing the greatest adoption by the ecosystem, and appreciate or discount the value of the network based on their investment thesis and the primary use case of the network. If investors see continued adoption among users within a certain market or use case where an unmet need is being fulfilled or a current offering is being significantly improved upon, the fee-based valuation of the network would be appreciated by a predetermined multiple.

In doing so, investors would be positively appraising the potential future growth of the network. Specifically, they would be assessing the efficacy of the network (i.e. decentralized, automated blockchain network) towards continued, sustainable community adoption in being the driver of growth. This network and adoption-focused evaluation approach allow for a more reliable and appropriate valuation.

It is important to note that in some blockchain networks, ecosystem participants can receive funds from the network’s fee pool to complete projects that develop the network infrastructure, features, functionality, and/or ecosystem. Depending on community governance, such spending will affect “profitability”, or how much of the fees the network houses in a fee pool. However, as a given use case or network rapidly gains adoption, the fees generated from user activity (revenue) will outpace funds deployed for network development (cost). As revenue increases and costs decrease, the “profitability” of the network increases. 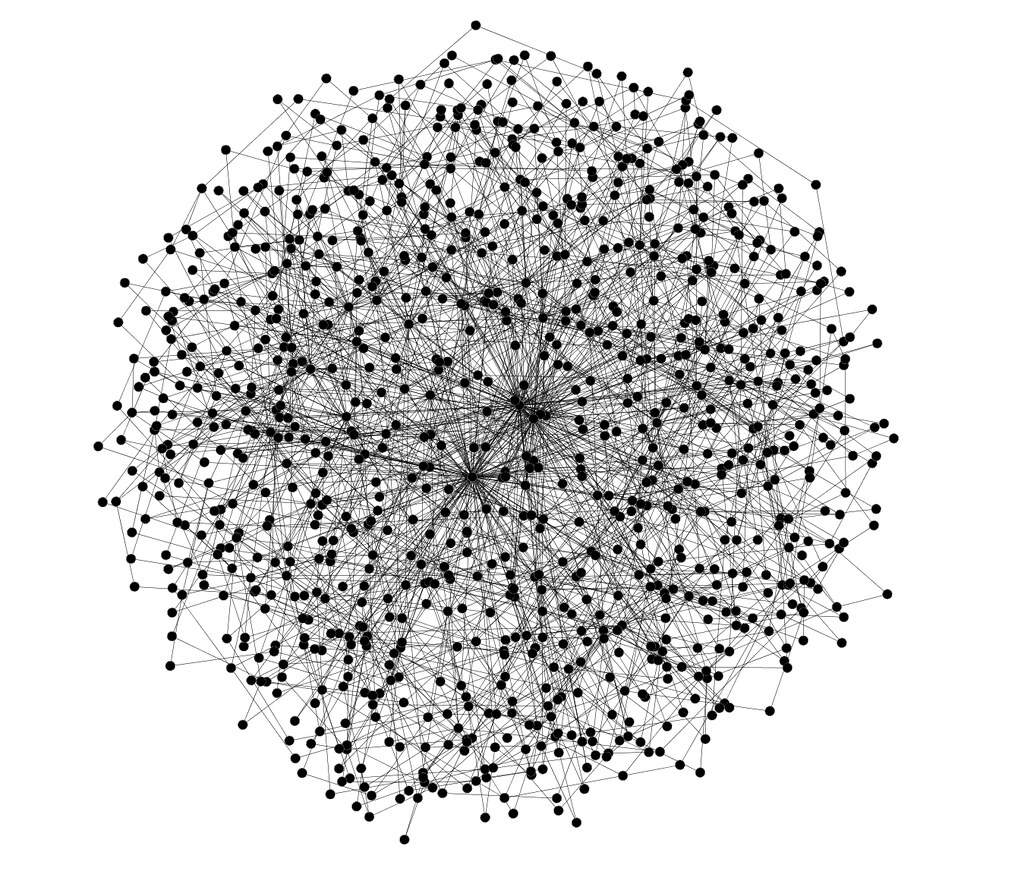 Spencer Wheatley and several others from ETH Zurich and the Swiss Finance Institute published research on leveraging Metcalfe’s Law and statistical modeling to determine if Bitcoin bubbles can be predicted. In their paper, they observed that the exponent of 2 used in Metcalfe’s Law was too high in calculating the network value of decentralized networks, as such networks were observed to be more sparsely connected. This work provides an approach to determining valuation based on the number of active users (or the number of active addresses as a proxy).

Although traditional valuation methods typically take financial metrics (e.g. revenue, EBITDA, cash flow) into account and this method does not account for such financial metrics, it bases valuation on the growth of the network and its participants. Using this approach, the valuation of a given blockchain network increases as the number of users increases. Business Models to effectively monetize the activity taking place on such networks are certainly possible. However, it is important to remember that there are prominent examples of traditional companies that had limited if any, monetization mechanisms which still garnered large valuations on the basis of their footprint, i.e. user base, most notably WhatsApp ($22B acquisition with Facebook paying $55 per user, for 500M users), Instagram ($1B acquisition with Facebook paying $33 per user), and GroupMe ($80M acquisition with Skype paying at least $30 per user).

If investors value growth in user base above all else, then blockchain networks exhibiting strong adoption through network and user growth warrant similarly strong valuations. The applied Network Effects Method establishes such a valuation method.

Numerous innovative teams are working to leverage distributed network and blockchain-driven innovation to solve problems and inefficiency in sectors ranging from the oft-cited fintech vertical to identity solutions to healthcare. And, as with any new technology, they need capital to deploy in building and scaling their ventures and systems. The Fee Generation Method and Network Effects Method give investors an applicable framework to evaluate the current and future potential of such ventures.